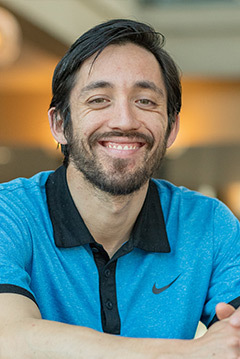 BA (Stanford University), MDiv (Regent College)
Stuart Campbell is an experienced educator with a passion for ancient and modern languages. Prior to his MDiv at Regent, he taught English, Spanish, and Mandarin. Stuart is fluent in biblical Greek and Hebrew, and he greatly enjoys merging his modern-language teaching past with his ancient-language teaching present to create a lively, fun, and encouraging class atmosphere. After his MDiv at Regent, Stuart worked on the First Baptist Church pastoral team, investing in international congregants, small-groups, and area pastorates. Stuart has a deep passion for churches to rediscover their local parish identity, primarily through small groups living in and for the neighbourhood. What's more, he believes that part of the path by which small groups can recover their missional DNA lies in a recovery of the biblical languages—exegeting both text and neighbourhood as fully as possible.
Return to Faculty List