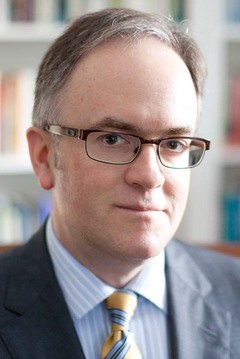 John M. Owen (PhD Harvard) is Taylor Professor of Politics at the University of Virginia and a Senior Fellow at the Institute for Advanced Studies in Culture and the Miller Center of Public Affairs. He is the author of Confronting Political Islam (2015), The Clash of Ideas in World Politics (2010), Liberal Peace, Liberal War (1997), and Religion, the Enlightenment, and the New Global Order (Co-editor, 2011). John is currently working on a book titled Protecting Democracy from the Outside: Constitutional Self-Government and International Order. John has published widely in both academic and non-academic journals, including Foreign Affairs, Perspectives on Politics, Christian Scholars’ Review, The Washington Post, The New York Times, First Things, and others. He is former Editor-in-Chief of Security Studies and has held fellowships or visitorships at Harvard, Stanford, Princeton, Oxford, the University of British Columbia, and more. In 2015, John received a Humboldt Research Prize.

John Owen teaches international relations at the University of Virginia. His books include Confronting Political Islam (Princeton, 2014), Religion, the Enlightenment, and the New Global Order (Columbia, 2011), and The Clash of Ideas in World Politics (Princeton, 2010).