Regent College's Chinese Studies Program (CSP) has become an ideal meeting place for Chinese scholars and Western academics to engage in a cross-cultural dialogue between Christianity and Chinese culture.

In the past three decades, Vancouver has become an attractive destination for a large number of overseas Chinese intellectuals pursuing scholarly research, as well as many Chinese immigrants from the Pacific Rim seeking to settle in Canada. In Vancouver, students and immigrants from the Pacific Rim have the opportunity to explore the cultures of the West, including Christianity, in an open and free environment.

The Chinese Studies Program is active in four spheres:

The "Program for the Joint-Training of Mainland Chinese PhD Students in Christian/Religious Studies" (JTPHDS) was established in 1996. As of 2013, we have agreements with seventeen Chinese universities to jointly train PhD students with special interests in Christian Studies. 167 doctoral students have participated in the program to date.

In 2004, five Regent College faculty members joined Dr. Edwin Hui, the past Dean of the Chinese Studies Program, on a tour of China. They were warmly received and honoured by many of the top universities. Representatives of these universities confirmed that in the field of Christian Studies, Regent College is the best known and most widely respected western institution in China, and has done much to explain Christianity's significance as a living cultural and religious movement in the West.

In 2007, one of our Chinese scholars was awarded a scholarship under the newly established State Scholarship Fund of China to pursue her studies in Canada. In the following year, a second student was awarded a similar scholarship and chose to attend Regent College.

Since 1993, we have published an academic journal devoted exclusively to the dialogue between Christian faith and Chinese culture. Many Chinese scholars publish their research results or join in academic discussions in this journal, which is read broadly in Chinese academic circles. In 2005, in order to increase the influence of the journal, we moved its publication to China and renamed it the Regent Review of Christian Thought (the original name was the Regent Chinese Journal). The Review is published biannually by Shanghai People's Publishers and distributed throughout China. It has recently been included in key databases used by leading Chinese universities and institutions, such as the Chinese Social Sciences Citation Index (CSSCI) and China National Knowledge Infrastructure (CNKI).

As part of our effort to promote Christianity in a Chinese context, we publish two monograph series each year. As of 2012, we have published a total of sixteen volumes.

Since 1997, we have been holding a national conference for Chinese scholars in collaboration with the Institute of World Religions of the Chinese Academy of Social Sciences in Beijing. This symposium, initially organized to provide a forum for alumni of the Chinese Studies Program, has evolved to become an annual nationwide event for Chinese academics involved in Christian Studies. This symposium usually lasts four days and is held in Beijing in December of each year. Since 2007, over 160 scholars have attended the symposium each year.

Grace Liang is the Director of the Chinese Studies Program. Read full bio.

"My vision is to engage in research on the subjects related to the Christian life and provide theological education for ministers and believers in China. I excitedly found that Regent is the finest school for my area of interest."

END_OF_DOCUMENT_TOKEN_TO_BE_REPLACED 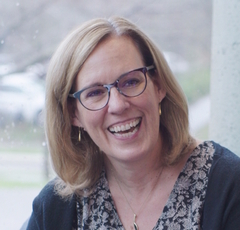 Do you have questions about studying at Regent?