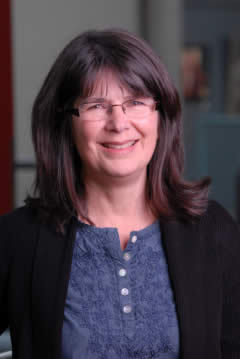 Sessional Lecturer, Regent College
BSN (Emory University), MA (Covenant Theological Seminary)
After four years with Greater Europe Mission in Germany and eight years focusing on raising children, Polly Long received a master’s degree in theology at Covenant Theological Seminary in St. Louis, Missouri. While in St. Louis, she had the privilege, for the third time, of initiating an evangelistic outreach to women; the other two occasions were in Germany and in England. From 2002 to 2004, Polly Long co-taught a course at Regent on preaching, and in 2004, she began teaching Greek and academic writing. She has been teaching seminars in churches on studying the Bible and homiletics, some of those co-taught with her husband Phil Long. After teaching homiletics and hermeneutics at St. John’s Anglican church, she was involved in forming the LiveWord conference and sits on the director’s board of that ministry. For five years, she was involved at the founding level of a ministry to women who have been sexually exploited through prostitution in the city of Vancouver. Polly Long and her husband Phil Long have raised four children and now have six grandchildren.