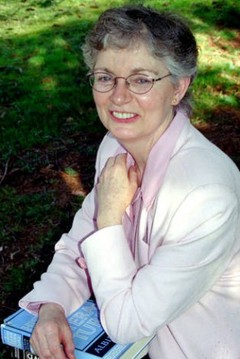 Dr. Shirley Sullivan taught Classics at the University of British Columbia from 1973 to 2008, after which she was designated Professor Emeritus of Classics. She is also an elected fellow of the Royal Society of Canada for her scholarship.

Dr. Sullivan’s areas of research include Homer, early Greek literature, the Pre-Socratic philosophers, and Greek tragedy. She has also conducted research into the history of Christian spirituality, especially focusing on Carmelite spirituality, including Teresa of Avila and Elizabeth of the Trinity. She has written numerous books and articles on all of these. Along with classes on these topics, she taught Classical Greek, Classical Latin, and Medieval Latin at UBC for over thirty years.