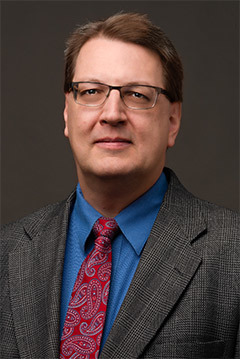 Chris R. Armstrong (PhD, Duke, American Christian History) is a second-career academic who taught from 2004 to 2013 at Bethel Seminary in Minnesota. His first career was in business communications. In 2014, Chris was called to Wheaton College to become the founding director of Opus: The Art of Work, an institute on faith and vocation. Chris originally turned to church history to see how Christians have lived out their faith in the world; the same impulse drives his current research on work, vocation, and human flourishing. His first book, Patron Saints for Postmoderns (InterVarsity Press, 2009), looked beyond “the usual church-historical suspects” for guides to a vibrant, socially engaged faith. In his second book, Medieval Wisdom for Modern Christians: Finding Authentic Faith in a Forgotten Age with C S Lewis (Brazos, 2016), Chris explores medieval faith to find what Western Christians need today: a sacramental tonic for life in our disenchanted, secularized world. Chris is senior editor of Christian History magazine and blogs at gratefultothedead.wordpress.com. He lives in Naperville, IL with his wife Sharon and four of their five children. He enjoys board games and movies, and is constantly surprised at how the mid-20th-century author C. S. Lewis still helps so many—including himself—live faithfully today.