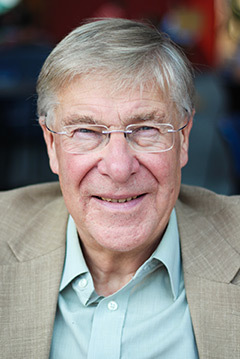 Dr. Peter Shaw is a founding partner of Praesta Partners, an international coaching organisation. He works with individuals, teams, and groups across six continents to help them grow their strengths and tackle demanding issues confidently. Peter’s success in coaching leaders is grounded in decades of hands-on experience working within and then directing five different departments of the UK Government: this experience includes appointments as Director General of the Education and Employment, five different Departments of the UK Government and then being a Board member for ten years and leading major changes across Government in three Director General posts. During his time as Director General, Peter also worked to nurture the next generation of top-level government leaders. In his next career, this experience became the impetus to invest his time in coaching others to be effective, passionate leaders.

On the academic side, Peter is a Visiting Professor of Leadership Development at Newcastle, Chester and De Montfort Universities and at St John's College, Durham University. Since 2008, he has been a member of the Visiting Professorial Faculty at Regent College, where his engaging and relational teaching style have made him an integral part of the Marketplace and Applied Theology programs. He has written twenty-five influential books on aspects of leadership, including the popular Mirroring Jesus as Leader, and Effective Christian Leaders in the Global Workforce, as well as The Emerging Leader and 100 Team Effectiveness Ideas. Peter received his BSc from Durham University, his MCS from Regent College and a PhD in Leadership Development from Chester University. In 2015, he was awarded an Honorary Doctorate from Durham University for “outstanding service to public life.”

Peter Shaw is a Founding Partner of Praesta Partners an international coaching firm.  Previous to this, he was a Director General in the UK Government.  Peter is a Visiting Professor at three UK Universities. He has written 22 books on aspects of leadership, and has led workshops with leaders across 6 continents.