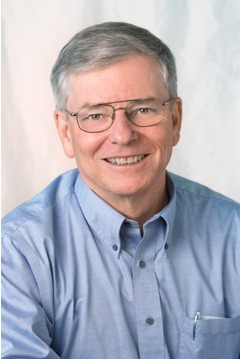 Darrell Johnson joined the faculty of Regent College in the fall of 2000. Before moving to Vancouver, he served as Preaching Pastor and Senior Minister for a number of growing Presbyterian Churches in the US, as well as for Union Church of Manila, the Philippines, during the so-called “People Power Revolution.”

During his full-time service with Regent, Darrell taught many courses, including Introduction to Preaching and Worship, Re-Evangelization of the West, Education & Equipping, Pastoral Care, and preaching of various books of the Bible (John, Psalms, Sermon on the Mount). Also during that time many of his expository sermons were put into book form, including sermons on The Revelation of Jesus Christ (Discipleship On the Edge), the Beatitudes (Living in Sync with the Reign of God), Experiencing the Trinity, and the Lord’s Prayer (Fifty-Seven Words That Change the World). He is the author of a major work on preaching, The Glory of Preaching.

In 2009, he stepped down from the full-time role, to serve the historic First Baptist church in the downtown core of Vancouver. He “retired” from that role in 2016, and is now engaged in writing, itinerate preaching, mentoring young preachers, and serving Regent as “Teaching Fellow.”

He and his wife Sharon are parents to four children, each adopted from a different part of the world, and now enjoy nine grandchildren.