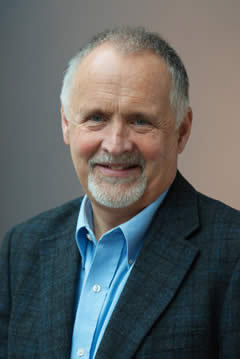 Rod Wilson served as President of Regent College from 2000-2015.

Originally trained as a clinical psychologist, Dr. Wilson pursued theological training after completing his doctoral work. He has been involved in the field of counselling and consulting for over thirty years and has held various positions at Tyndale College and Seminary in Toronto from 1978 to 1995: Professor, Dean of Students, Vice-President, and Academic Dean. From 1983 to 1995, he held part-time staff positions in two different churches, and from 1995 to 2000, he was the teaching pastor of a growing church in the suburbs of Toronto. In 2004, Dr. Wilson received an honorary doctorate from Trinity Western University in recognition of his gifts of leadership and acuity of vision.

He is currently Teaching Pastor at Capilano Christian Community as well as Senior Advisor with A Rocha Canada, and consultant with various organizations.

Dr. Wilson is the author of Counseling and Community and How Do I Help a Hurting Friend?—both award-winning books—and the co-author of Exploring Your Anger and Helping Angry People. He lives in Vancouver, BC with his wife Bev.