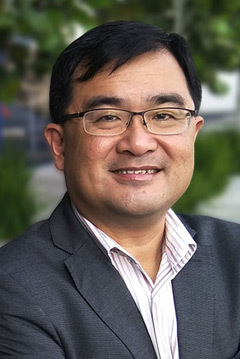 Alvin Ung is a leadership consultant, coach, and student of purpose-led leaders and teams in Asia.

As a consultant, Alvin helps leaders define their purpose to impact teams and organizations. He draws his experience from interviewing purpose-led leaders in Asia, facilitating retreats, and mentoring the next generation of top government officials. At Khazanah Nasional, the sovereign wealth fund of Malaysia, Alvin led a team of 20 CEOs and HR Heads to build a talent management program. He was a co-founder of Leaderonomics, an award-winning social enterprise in leadership development. In 2013, Alvin was a mentor at the EY World Entrepreneur of the Year Award program in Monte Carlo.

On the academic side, Alvin has been twice named as Fellow at Khazanah Nasional, where he studies leadership in Asia. His latest book, Together: Finding Purpose at the Intersection of Me+We, brings him to 10 Asian countries where he learns how 100+ leaders harness the power of purpose together. His other books include Taking Your Soul to Work and Barefoot Leadership. His writings have been published by the Associated Press, CNN, and BBC.

Alvin serves on the boards of Bakke Graduate University and Handshakes, a data analytics company. He obtained an M.A. in non-fiction writing at The Johns Hopkins University, and an M.C.S. from Regent. He has taught courses on leadership, spirituality, and creative writing at universities in North America and seminaries in Southeast Asia. In 2009, Alvin and his wife, Huey Fern, joined a few families in planting a church in Kuala Lumpur. They are storytellers at a children’s library and an elementary school.

Alvin Ung is an author, coach and leadership consultant. As a Fellow at Khazanah Nasional, he studies purpose-driven leaders in Asia. He is a consultant for the government of Malaysia and serves on the boards of a data analytics company and Bakke Graduate University. His books include Taking Your Soul to Work and Barefoot Leadership.