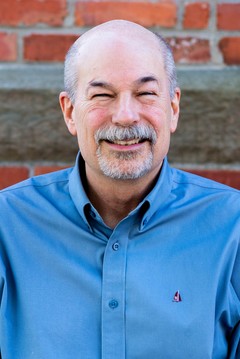 Alec Hill is President Emeritus of InterVarsity Christian Fellowship USA. He mentors rising leaders, represents InterVarsity externally, consults, and teaches. For fourteen years, he served as president before being diagnosed with cancer in 2015. With his brother Grant as donor, he received a successful bone marrow transplant followed by a year of quasi-isolation.

Prior to InterVarsity, Alec served as Dean of the School of Business and Economics at Seattle Pacific University (SPU) and Professor of Law and Ethics. SPU has honored him both as Professor of the Year and Alumnus of the Year. He also served as Regional Director for World Relief.

Alec holds a law degree from the University of Washington as well as an MA in Biblical Literature and a BA in History from SPU. He attended high school with the two founders of Microsoft. Writing widely in the fields of business ethics and religious liberty, his book, Just Business: Christian Ethics for the Marketplace (IVP 1997) is now in its third edition and has sold nearly 50,000 copies (including translations into Chinese, Russian, Korean, and Indonesian). His newest book, Living in Bonus Time: Surviving Cancer, Finding New Purpose (IVP), was published in 2020.

He resides near Seattle with his wife, Mary, whom he has known since he was twelve. They have two daughters, Laura and Carolyn (both attorneys). He loves to read biographies, commentaries, and novels. Pastimes include camping and following the ill-fated Seattle Mariners baseball team.