The Lookout Gallery Gets a New Name

The Guggenheim, the Uffizi, the Tates, the Paul Getty—The Dal Schindell Gallery!

Regent College’s on-campus art gallery (formerly the Lookout Gallery) has been renamed in honour of its creator and former Director, Dal Schindell. The unveiling of the new name took place at a special ceremony in the gallery on Tuesday, April 2, 2019.

The unveiling ceremony was a surprise to Dal. Led to Regent on a ruse, he was greeted by President Jeff Greenman and escorted to the gallery accompanied by his wife, Kit Schindell. There, they were welcomed by dozens of friends and former colleagues including two former Regent Presidents, past and present staff and faculty, friends of the College, and a number of artists who have exhibited in the gallery.

Dal has been part of the Regent College community for nearly five decades. A student in Regent’s second class, he returned in 1979 to begin work as Regent’s Director of Publications. In his three decades on staff he also served as a member of Regent's faculty, teaching courses in Christianity in the Arts and guiding hundreds of students through their Integrative Projects in Arts and Theology (IPIATs). Dal created the Lookout Gallery in 1990 and served as its Director until his retirement from the College in 2012.

On arriving in the gallery, Dal was invited to unveil its new name. Pulling aside a black curtain, he discovered “The Dal Schindell Gallery” inscribed on the wall, flanked by a large charcoal portrait of him by Vancouver artist Grace Tan.

The unveiling was followed by a series of speeches celebrating Dal’s dynamic and creative tenure at Regent College.

Iwan Russell-Jones, Eugene and Jan Peterson Associate Professor of Theology and the Arts, made the first speech, expressing his enthusiasm for the name change: 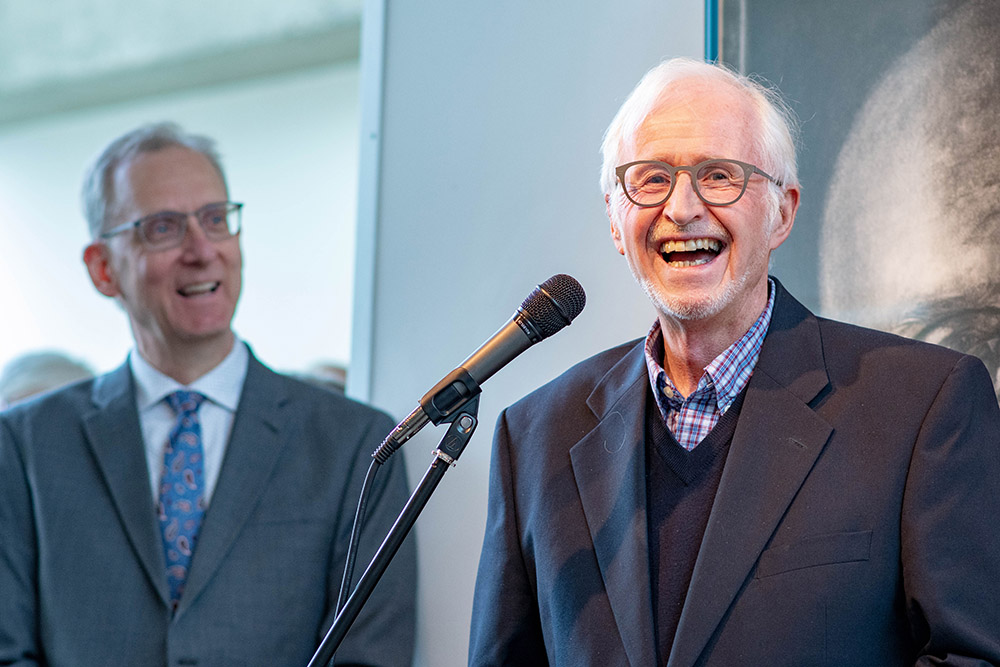 Originally, recounted Loren, the space was intended as a classroom: “I think I had the privilege of having the first class up here—for about 10 minutes. The acoustics are awful, and it just didn’t work. It’s terrible. So we ripped out some walls elsewhere, made another classroom.”

As Regent staff and faculty accepted the space would not work as a classroom, there arose two different visions for what should happen with the space. Loren thought it would make a great lounge, and started dragging sofas into the space. Dal decided it would work better as an art gallery.

Carl, who was President of the College at the time, smiled as he described how Dal brought his vision into reality: “Dal asked absolutely no permission from anyone. Those were the days when Regent operated in a little less formal way. This was not a gallery, as Loren pointed out. We didn’t know what it would be. Suddenly, it was a gallery.”

“I believe strongly in God’s providence—even when we are not aware of it,” said Carl. “I realized that the great disappointment that we initially had that this was not working as a classroom was one of those things where God in his providence had another plan for us. It turned out to be I think one of the most significant aspects of Regent College.”

Loren eventually came around to agree the space was a better art gallery than a lounge. “You have created this place,” he said to Dal. “You have also created and nurtured a great number of artists, and made a great number of other people discover that they too are artists in the sense that they are delighting in creation and God’s being. So thank you so much for all you have given us.” 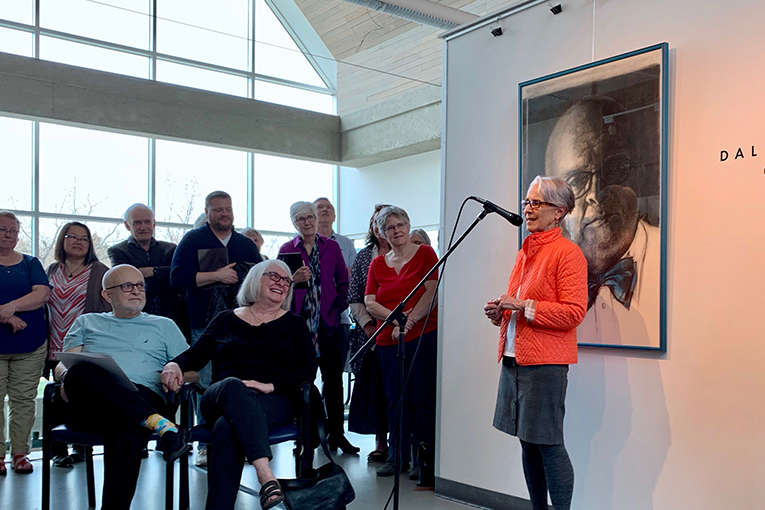 Dal’s creative vision extended to those around him. Renowned sculptor David Robinson gave a short speech paying tribute to Dal’s important role in his early career, not only encouraging his work but providing space for an exhibit:

“It’s been a great privilege for me to do what I do and it’s all thanks to Dal’s encouragement.” 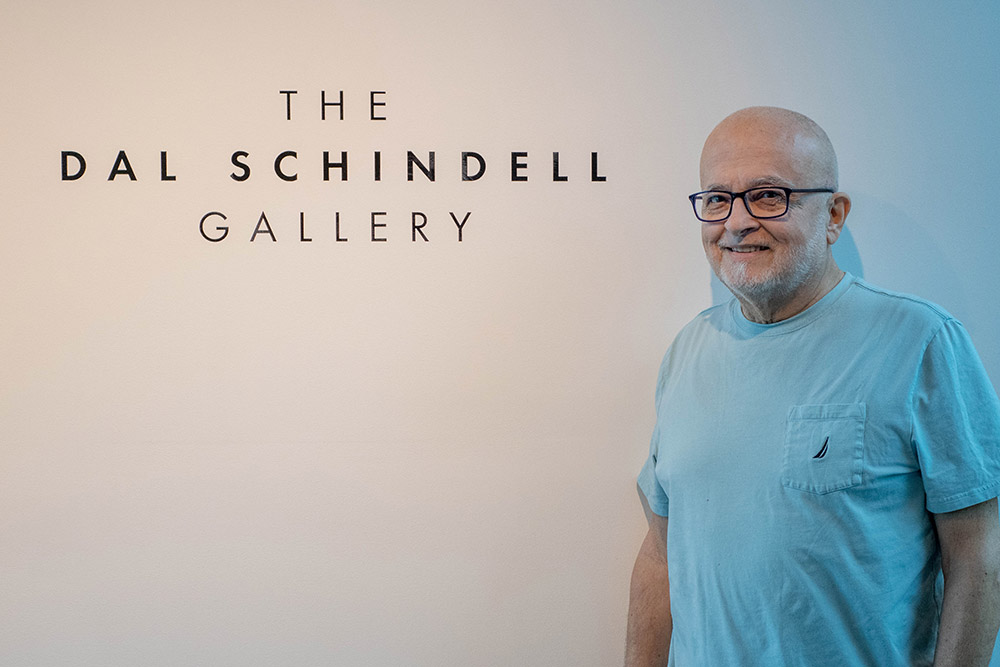 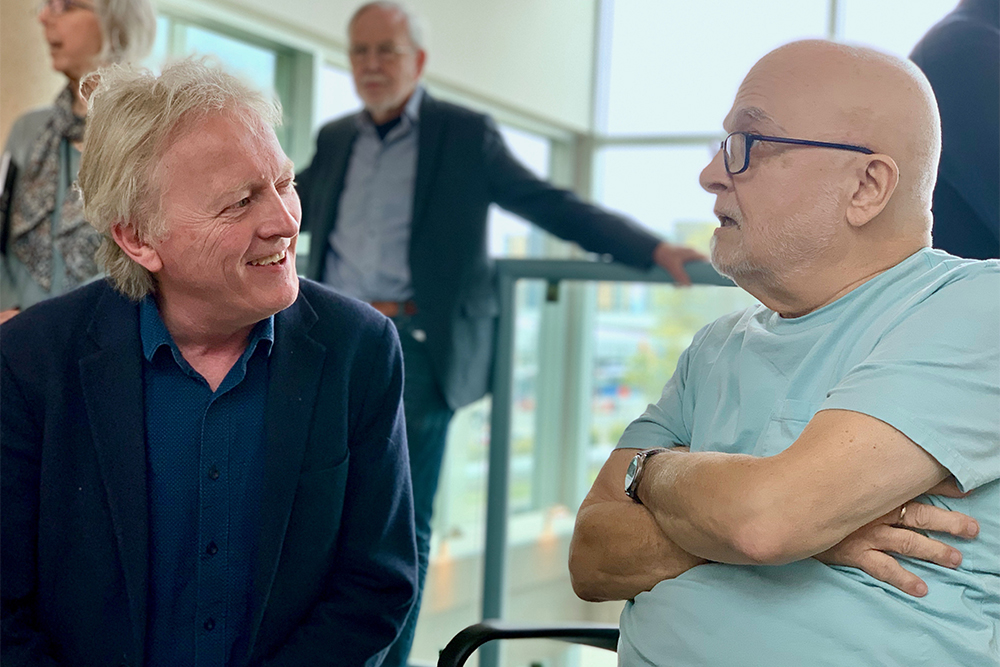 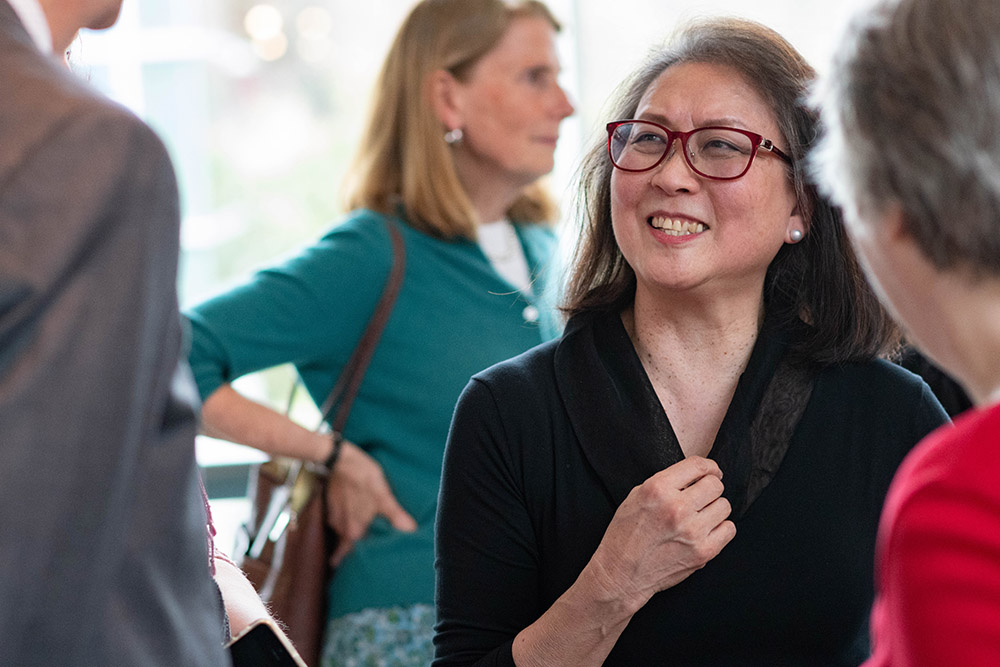 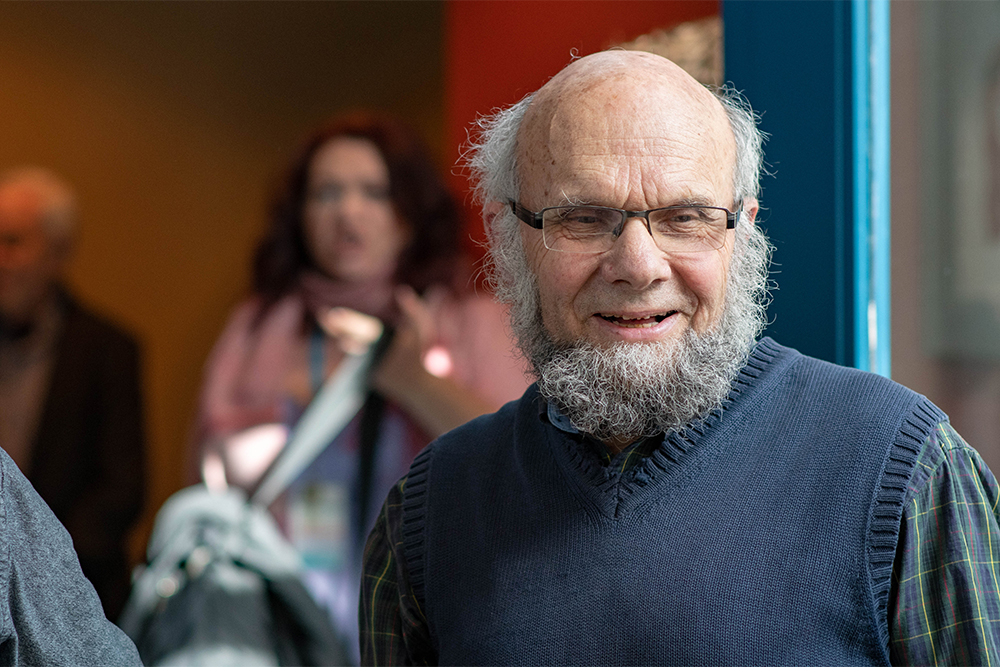