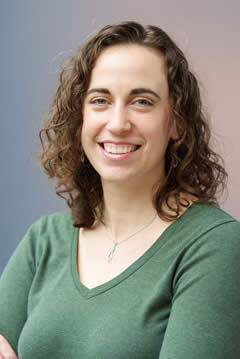 Mariam Kamell Kovalishyn joined the faculty at Regent College in 2010. She was appointed Assistant Professor of New Testament in 2013 and promoted to Associate Professor in 2021.

The majority of Mariam’s research has centered on the epistle of James, Jewish literature of the Intertestamental period, and classical Graeco-Roman literature. Additionally, since coming to Regent, she has expanded to researching and writing across the epistles, Pauline and General.

Mariam has co-authored a commentary on James (Zondervan), has published a number of articles in books and journals. She is currently working on another commentary on James for the Story of God series, and a biblical theology of social justice for Zondervan, as well as a commentary on 1 and 2 Peter. She has a diversity of interests including music (both making and listening), hiking, skiing, backpacking, art, and spending time with her family. She was on staff at Scum of the Earth Church in Denver, attended a Scottish Episcopal Church in St. Andrews, and now attends a local church in her neighborhood. She lives in Vancouver with her husband Val and their sons.