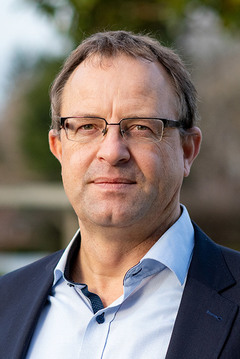 Jens Zimmermann will be on sabbatical in the Fall 2023 term

In addition to many scholarly articles, Zimmermann has authored and edited numerous books, including Dietrich Bonhoeffer’s Christian Humanism (Oxford UP, 2019), and Re-Envisioning Christian Humanism: Education and the Restoration of Humanity (Oxford UP, 2017). Recent editing work includes Acts of Interpretation: Scripture, Theology, and Culture (co-edited with S. A. Cummins, Eerdmans, 2018), and Sources of the Christian Self: A Cultural History of Christian Identity (co-edited with James Houston, Eerdmans, 2018). Zimmermann’s current major research project examines the impact of technology on human identity with particular focus on the concept of personhood. View the project webpage here. For a full list of publications see Zimmermann's website.