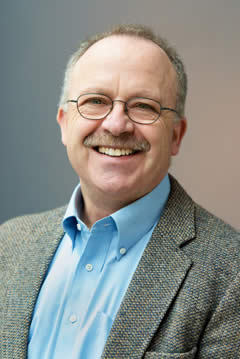 Craig Gay lectures in the area of Christianity, Society, and Culture, and directs Regent’s ThM degree program. He is the author of With Liberty or Justice for Whom? (Eerdmans, 1991), The Way of the (Modern) World (Eerdmans, 1998); Cash Values: The Value of Money the Nature of Worth (Eerdmans, 2004); Dialogue, Catalogue and Monologue (Regent College Publishing, 2008); Modern Technology and the Human Future: A Christian Appraisal (IVP Academic, 2018); and was the co-editor (with C. Peter Molloy) of The Way of Truth in the Present Age (Regent College, 1999). He has contributed chapters to a number of collections on the subjects of modernity, secularization, economic ethics, and technology, and his articles and reviews have appeared in Christian Scholar’s Review, American Journal of Sociology, Crux, and Markets & Morality. Craig Gay is an active member of St. John’s (Vancouver) Anglican Church. He and his wife Julie have four grown children.