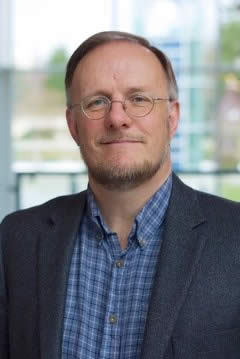 Iain Provan has been the Marshall Sheppard Professor of Biblical Studies at Regent College since 1997.

Born and educated in the UK, Dr. Provan holds a PhD from Cambridge, and prior to Regent his academic teaching career took him to King’s College London, the University of Wales, and the University of Edinburgh, where he was a senior lecturer in Hebrew and Old Testament Studies. Dr. Provan has written numerous essays and articles, and numerous books. The latter include commentaries on Lamentations, 1 and 2 Kings, Ecclesiastes, and Song of Songs, as well as Seriously Dangerous Religion (2014), A Biblical History of Israel (2015, co-authored with Phil Long and Tremper Longman), Discovering Genesis (2016), The Reformation and the Right Reading of Scripture (2017), and Seeking What Is Right: The Old Testament and the Good Life (2020).

Dr. Provan is an ordained minister of the Church of Scotland, a Life Member of Clare Hall, Cambridge, and the recipient of an Alexander von Humboldt Research Fellowship. He and his wife, Lynette, have four children and three grandchildren. He is also a qualified Provincial B Licence soccer coach (BC) and ARA rowing coach (UK).


Listen to Dr. Provan's book launch lecture on The Reformation and the Right Reading of Scripture.

About the Book: The Reformation and the Right Reading of Scripture

It was the opinion of the great Protestant reformer Martin Luther that "the meaning of Scripture is, in and of itself, so certain, accessible, and clear that Scripture interprets itself and tests, judges and illuminates everything else." As we recently marked the five-hundredth anniversary of Reformation (October 31, 1517) in the midst of what one contemporary author has described as "pervasive interpretive pluralism" in the Church, we find that Luther's claim about the essential clarity (perspicuity) of Scripture is widely disputed: that it is indeed held partly responsible for the entire, secularized, fragmented condition of the modern world.