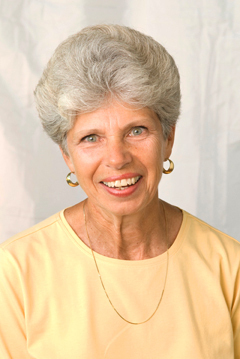 Thena Ayres worked at Regent as a Professor, Associate Dean of Students, and, for the last three years, as Dean of Students. Her teaching focused on pedagogy and included classes like "Learning and the Art of Teaching" and "Small Group and Bible Study Leadership." She also played a central role in building each new year's collection of students into a rich community centred around prayer.

Prior to her appointment at Regent, Thena worked with Inter-Varsity Christian Fellowship for many years as a university staff worker, co-ordinator of the BC university staff team, and Girls Camp Director at Pioneer Pacific Camp. During these years she worked with adults, teens, and children and developed and taught numerous staff and student courses and workshops. She was one of the Senior Staff Trainers in both Canadian Inter-Varsity and IFES, (International Fellowship of Evangelical Students).

Today, Thena remains a consistent presence around the College and has been a mentor, teacher, and prayer partner to many in the Regent community. She is an Anglican and a Trustee with the Canadian Langham Trust and on the Advisory Board of Artizo.