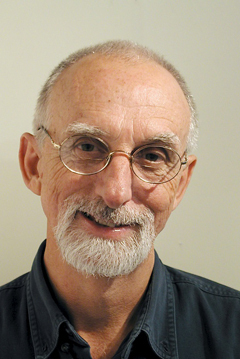 Professor Emeritus, Missions and Evangelism
BD (Reformed Theological College, Australia), BA, MLitSt, PhD (Queensland)
In 1997, Charles Ringma was appointed Professor of Missions and Evangelism at Regent College, a post that he held until he became Professor Emeritus in 2005. Charles Ringma, originally from Australia, had an interesting and varied career. After high school, he became a printer before he pursued further academic studies. He studied theology at Reformed Theological College, Victoria, Australia, receiving a BD; he then went on to complete a BA degree in Sociology and Studies in Religion at the University of Queensland, where he also received his MLitSt and PhD in the Department of Studies in Religion. He has done mission work among Aborigines in Australia, was the founder and director of the Good News Centre that worked with alcoholics in Brisbane, and was the Australian founder and executive director of Teen Challenge in Brisbane. Dr. Ringma also pioneered a church, Jubilee Fellowship, in Australia. He has done research for the Department of Social Work and Social Policy, University of Queensland, in the area of Disability Services, and has taught extensively at the Asian Theological Seminary in Manila, Philippines, where he was Professor of Theology and Mission. Charles Ringma has written articles for academic journals, several books on Christian spirituality, and a book on lay empowerment. His recently published works include Ragged Edges: Poems from the Margins and The Seeking Heart: A Journey with Henri Nouwen. His other works include Gadamer’s Dialogical Hermeneutic, Cry Freedom: with Voices from the Third World, Seek the Silences with Thomas Merton, Wash the Feet of the World with Mother Teresa, Let My People Go with Martin Luther King, Jr., and Whispers from the Edge of Eternity. His earlier works Seize the Day, Dare to Journey, and Resist the Powers have been published in North America by Piñon Press.