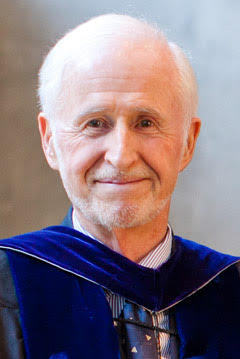 Dr. Carl Armerding is Professor Emeritus of Old Testament at Regent College, where he was a founding member, Professor of Old Testament from 1970-1991, and Principal/President from 1978-1988. He also served as Director and Professor for Schloss Mittersill Study Centre in Austria (1991-2008) and as a Senior Fellow at the Oxford Centre for Mission Studies (1995-Present).

Carl is an accomplished Old Testament scholar, having contributed more than 100 major and minor articles to both scholarly and popular journals, as well as chapters in many books. His books include The Old Testament and Criticism (1983); A Guide to Biblical Prophecy (co-edited with Ward Gasque, 2001); and commentaries on Judges, Ruth, Obadiah, Nahum and Habakkuk. Carl also served as President of the Society of Biblical Literature, NW Region, from 1975–76.

During his time as the second President of Regent College he oversaw the inauguration of the College’s Master of Divinity and Master of Theology degrees, the achievement of full accredited membership in the Association of Theological Schools, the acquisition and re-launching of Crux as Regent's inter-disciplinary journal, and the establishment of Regent-Carey’s first library (formerly the College contracted services from Vancouver School of Theology). In addition, he supervised the completion of the current building, while expanding the campus to its present size. Carl also, with encouragement from former Lieutenant-Governor of B.C. David Lam, inaugurated Regent’s first Chinese Studies Programme.

Since his return to Vancouver in 2006, Carl has travelled and taught extensively in global theological education, especially in Asia and Europe, while serving on the boards of several mission organizations. He and Betsy continue active involvement with local churches and Regent College.