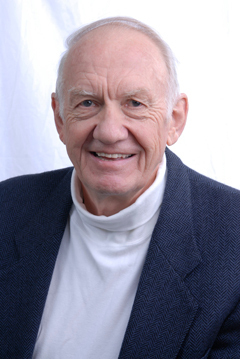 Gordon Fee is a noted New Testament scholar, having published several books and articles in his field of specialization, New Testament textual criticism. He also published a textbook on New Testament interpretation, co-authored two books for lay people on biblical interpretation, as well as scholarly-popular commentaries on 1 and 2 Timothy and Titus and on Galatians, and major commentaries on 1 Corinthians and Philippians. He is also the author of a major work on the Holy Spirit and the Person of Christ in the letters of Paul.

Gordon Fee served as the general editor of the New International Commentary series until 2012, and was on the NIV revision committee that produced the TNIV. Besides his ability as a biblical scholar, he is a noted teacher and conference speaker. He has given the Staley Distinguished Christian Scholar lectures on fifteen college campuses as well as the annual NT lectures at Southwestern Baptist Seminary, North Park Seminary, the Mennonite Brethren Biblical Seminary, the Canadian Theological Seminary, Duke Divinity School, Golden Gate Baptist, Anderson School of Theology, Asbury Seminary, and Chrichton College. An ordained minister with the Assemblies of God, Gordon Fee is well known for his manifest concern for the renewal of the church.

Gordon Fee was married to Maudine, who passed away in 2014. Together they have four married children.