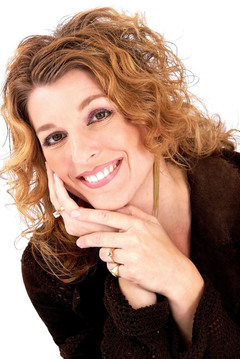 In 2008, Tracy and ACT Development, an organization that works with people at risk in Tunisia, began a livelihood project to assist single mothers and disadvantaged women. Through donations and monthly sponsorships, this non-proﬁt organization helps women receive training and funds to set up small home-based businesses. Tracy’s A Song for Hope/Chansons Pour L’Espoir tours in Canada, the UK, and Tunisia raise funds and awareness for the livelihood project through concerts, masterclasses, and radio and media interviews. Tracy’s 2016/18 tours helped to promote ACT-UK (The Association for Cooperation and Transformation) as a new charity across the UK.

Tracy has extensive training in vocal pedagogy and the art of singing and offers voice lessons and vocal coaching at her Okanagan studio. Tracy also presents workshops, clinics, and adjudication in Canada and abroad, with a focus on aural harmony and improvisation, vocal pedagogy, performance practises, and deportment. She is a member of the BC Registered Music Teachers' Association.

Tracy has been featured on HGTV; Premier Christian Radio in London, England; Cross Rhythms Radio in Cheshire, UK; CHBC; Shaw TV; CBC radio; Giant FM, Penticton; Okanagan Life Magazine, Who Among Us; UBC Okanagan Minds and Music Series, Tunis Live.net, and Tunisia National Television. Tracy was awarded a Paul Harris Fellow with Rotary International in 2017 and a Rotary Vocational Award in 2010, and was the recipient of HGTV’s Makeover Wish: Something to Sing About in 2006 for her humanitarian efforts.

Tracy will use her time as a visiting artist-in-residence at Regent in Summer, 2019, to focus on research and writing. She is currently working on a book, A Musical Pilgrimage, based on her Tunisian journeys. The book reflects on her faith journey, the music, and the stories from her visits to North Africa, interwoven with the lives of saints who have been inﬂuential in her life and ministry. As well, Tracy is working on a concert/lecture, The Public and Private Lives of Powerful Women in the Arts, which will highlight women compelled to remain in the private, bound by their own convictions or by social conventions, and women who ventured into the public, largely male-dominated, world of art. In no way an exhaustive list, this presentation will be a tapestry of beloved songs and poems and how they connect through the centuries, beginning with St. Monica (Algeria/Carthage,Tunisia) and returning full circle to 21st century Tunisia with the Artisan Livelihood project for single moms and women at risk.