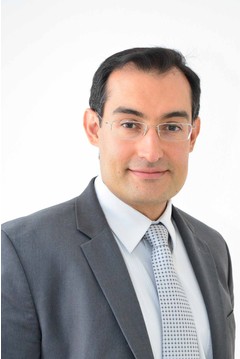 Dr. Antonio Cintra is a Public Defender, a Law Professor at Mackenzie University and Superior School of Judges, and a Theological Professor at the Vocatio Institute in Brasília, Brazil. As a public defender, he represents the public institution for which he works in collective actions, as well as representing economically vulnerable citizens in singular actions against companies. As a law professor, he teaches consumer and civil law. He is a member and professor of Vocatio Institute, an organization whose goal is to build connections between faith and the marketplace.

Born in São Paulo, SP, Brazil, Antonio graduated in law from São Paulo State University and the Pontifical Catholic University of Campinas. He then completed a Master’s Degree in Theology in which he pursued an interdisciplinary exploration of law, theology and philosophy. His dissertation was entitled “The Manifestation of Justice Values in Human Conscience.” In 2001 he was selected by a public contest to the Brazilian Institution of Public Defenders, and was subsequently appointed to the Consumer’s Procuracy. In 2008, he was granted a license to study in Portugal, and in 2013 he finished his PhD in Law, completing a thesis entitled “Imputation of Medical Malpractice: Risk Wearing and Proof by Inference.”

During his time as a visiting scholar at Regent in Fall 2018, Antonio will be researching a project on naturalism, determinist psychology, and free will.

Antonio is married to Regina, also a Public Defender in Brasília. They have a son, Samuel. In his spare time, Antonio enjoys sports, especially playing tennis and watching Dallas Cowboys matches.