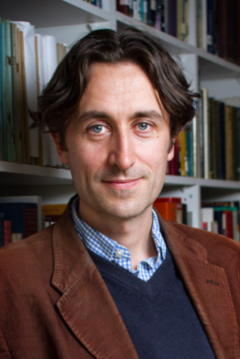 Dr Michael Gladwin is visiting scholar at Regent College for the 2018 fall and winter terms. He is Senior Lecturer in History at St Mark’s National Theological Centre, Charles Sturt University, in Canberra, where he teaches courses on the history of Christianity from Plato to NATO (early church history; the European Reformations; modern Christianity, western and global; Australian religious history; the philosophy of religious history; and advanced historical research methods).

A graduate of the Australian National University and the University of Cambridge, Michael’s research interests include the religious, intellectual and cultural history of Australia in the context of the British Empire and World, with particular interest in the relationship between religion and war in Australian history, as well as the relationship between Christianity, colonialism, and empire. He is the author of Captains of the soul: a history of Australian Army chaplains (2013), which won the Australian Christian Book of the Year award in 2015, and Anglican clergy in Australia, 1788–1850: building a British World (2015). Michael is a Research Fellow in the Public and Contextual Theology Research Centre (PaCT), Charles Sturt University, and since 2016 has been editor of St Mark’s Review, one of Australia’s longest-running theological journals.

Michael’s current research is focused on a monograph history of the Bible Society of Australia (Australia’s oldest continuously running organization, founded in 1817), an edited monograph on the history of preaching and sermons in Australia, and articles on the religious and intellectual history of Australian war commemoration and civil society since 1914.

Outside his academic work, Michael and his family are involved in the life of their local parish church, Good Shepherd Anglican, in Canberra. Michael enjoys watching the films of Terence Malick (among others); reading theology, philosophy and literature; obsessing with friends about music; and playing guitar and drums, most recently as lead guitarist for Sanctuary, a Canberra-based band whose style has been described as alternative post-post-rock.

Michael will be joined at Regent by his wife, Lara, who works as a policy analyst and lawyer for the Australian Government, and their two beautiful elementary-school-age daughters, Caela and Hannah.