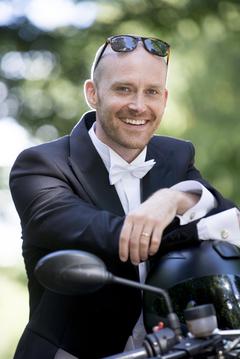 Scholar-in-Residence
MTh (University of Helsinki); PhD in Theology (University of Helsinki)
Dr. Jason Lepojärvi is a scholar-in-residence at Regent College for the 2017-18 academic year. His current work is a Post-Doctoral research project on the theology of love, titled Idolatry: Catholic and Protestant Perspectives.
Born to a Canadian mother and a Finnish father, Jason studied theology and philosophy at the University of Helsinki, obtaining a PGCE. His master’s thesis focused on Pope John Paul II's theology of the body and of sexuality. It was published as the first (and remains the only) introduction to the subject in Finnish. As a Visiting DPhil Candidate at Oriel College, Oxford, Jason served as the President of the Oxford University C. S. Lewis Society in 2012–13.
Jason, his wife, and their two daughters moved to Vancouver in July 2016. Prior to this, they lived in Oxford, where Jason worked as the Junior Research Fellow in Theology at St Benet's Hall. His doctoral thesis God Is Love but Love Is Not God: C. S. Lewis’s Theology of Love (2015) critically analyzed C. S. Lewis's position in and contribution to the debate on love ('agape vs. eros') that preoccupied much of twentieth century Protestant and Roman Catholic thought.
Return to Faculty List