Dr. Ellen T. Charry will deliver a series of lectures on “Christian Theology as a Guide for the Emotions”.

Regent College is pleased to announce that the speaker for the 2013-14 Laing Lectures will be Dr. Ellen T. Charry, the Margaret W. Harmon Professor of Systematic Theology at Princeton Theological Seminary. Charry will deliver a series of three lectures on the topic “Christian Theology as a Guide for the Emotions” on February 19 and 20, 2014 at Regent College. For Dr. Charry, theology is not a theoretical enterprise. It is an eminently practical and religious undertaking. "Theology is about knowing and growing in the love of God and our neighbour so that we flourish in the destiny that God has in mind for us," she once wrote. A quick examination of her writing confirms her passion for human flourishing. Whether in the classroom at Princeton or the pages of her publications, such as By the Renewing of your Minds (1997) and God and the Art of Happiness (2010), she pursues answers to the question of how Christian beliefs and practices can nurture people intellectually, morally, and psychologically in the course of everyday life and work. She will continue to pursue this question at the Laing Lectures as she explores the interface between Christian doctrine and emotional formation. 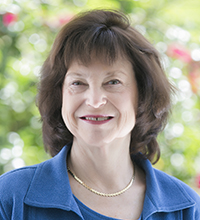 Dr. Charry earned her MA and PhD in Religion from Temple University following an MSW from Yeshiva University and a BA from Barnard College. She is past editor of Theology Today (1997–2004) and was a member of the Theology Committee of the House of Bishops of the Episcopal Church (1998–2010), as well as a member of the Pursuit of Happiness Project at the Center for Law and Religion at Emory University sponsored by the Templeton Foundation (2007–2010). Charry has served on the editorial boards of the Scottish Journal of Theology and Pro Ecclesia. She currently serves as an editor-at-large for The Christian Century.

About the Laing Lectures

The Laing Lectures began at Regent College in 1999 in cooperation with Roger and Carol Laing and in honour of their father, William John Laing. The purpose of the lectures is to encourage persons recognized for scholarship, wisdom, and creativity to undertake serious thought and original writing on an issue of significance for the Christian church and to promote the sharing of such thoughts through a series of public lectures. The material presented by Laing lecturers is intended to move beyond an analysis of historic and current concerns to provide proposals for alternative action for the Christian church. In doing so, lecturers will be invited to explore in an interdisciplinary way the relationship between Christianity and culture, and to suggest ways in which that relationship might lead to greater flourishing of the church, the larger human household, and the whole community of creation.

Past Laing Lectures audio is available at RegentAudio.com.