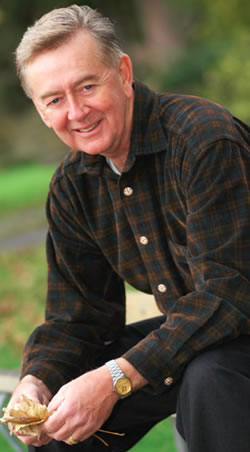 As a Senior Fellow, Preston Manning will focus his work with the Marketplace Institute on the development and communication of faith-informed approaches to political leadership and public policy.

Vancouver, BC, Canada, December 6, 2011— Regent College and the Marketplace Institute are pleased to announce that Preston Manning has agreed to serve as a Senior Fellow of the Institute, effective January 1, 2012.

The Marketplace Institute is an initiative of Regent College that develops resources, frameworks, and tools for integrating faith into public life, in order to support the transformation of individuals, communities, sectors, and the marketplace of ideas. The work of the Marketplace Institute is enhanced by appointed Senior Fellows who have exemplified the integration of Christian faith with some aspect of public life.

As a Senior Fellow, Preston Manning will focus his work with the Marketplace Institute on the development and communication of faith-informed approaches to political leadership and public policy. Manning will mentor interns, deliver lectures, participate in classes and seminars, and contribute research, writing, and case studies that advance new approaches to the intersection of faith with democratic governance, the market economy, pluralism and multiculturalism, science and technology, and environmental stewardship.

Preston Manning served as a member of the Canadian House of Commons from 1993 to 2001. He founded two new political parties—the Reform Party of Canada and the Canadian Reform Conservative Alliance—and was the Leader of the Official Opposition from 1997 to 2000. In 2005, he founded the Manning Centre for Building Democracy, which supports research, educational, and communications initiatives designed to achieve a more democratic society in Canada guided by conservative principles. He was appointed a Companion of the Order of Canada in 2007 and has received honorary doctorates from five Canadian universities.

Manning’s relationship with Regent College spans several decades. In the 1970s and 1980s, he attended Regent’s summer school, was a member of the College’s Board of Governors (1984–1987), and was a guest lecturer in Regent’s “Christians in the Marketplace” program. He was the featured speaker for the College’s 2005 Capital Campaign, and took more courses at Regent in 2008 and 2010.

“As the public theology arm of Regent College, the Marketplace Institute is already engaged in global debates about the nature of faith-based leadership. This appointment presents an exciting opportunity to leverage Preston Manning’s extensive political experience and Canadian statesmanship from an internationally acclaimed platform in theological integration in the marketplace. ” Paul Williams, Executive Director of the Marketplace Institute and Academic Dean of Regent College.

“I’ve observed and partnered with the Marketplace Institute for the past few years. I believe they have great potential to help Evangelicals be better equipped to serve the common good in the public square.” Preston Manning

Preston Manning will present “Bringing Faith to Bear on the Public Issues of Our Time” on Wed., Jan. 25, 2012 at 7:00pm at Regent College.