Our Stories Shape Us History, Faith & Practice of the Indigenous Church in Canada 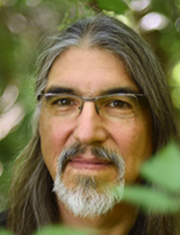 As the Director of Indigenous Studies Program and a Faculty Member at Vancouver School of Theology, Ray's areas of expertise include narrative, systematic, and indigenous theology. He is former Director for the First Nations Alliance Churches of Canada, and a current committee member. Ray is an ordained minister with the Christian and Missionary Alliance in Canada, and is currently completing his doctoral studies at Wycliffe College at the Toronto School of Theology. He was born in Northern Alberta, and is status Cree from Treaty 8. He lives in Richmond, BC, with his wife, Elaine. 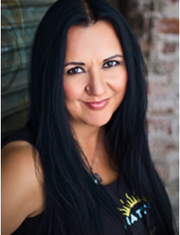 Cheryl Bear is from the Nadleh Whut'en First Nation community (Bear Clan) in northern British Columbia. She is a multi-award winning singer/songwriter who shares stories of Indigenous life—the joy, sorrow, faith, and journey.

Cheryl travels to First Nations communities around North America sharing songs of healing and songs to the Creator. She has also guest lectured at schools in Canada, the United States, Russia, and Brazil. Cheryl has a doctorate degree from The King’s University in Los Angeles, a Master of Divinity degree from Regent College in Vancouver, and a Bachelor of Arts from Pacific Life Bible College in Surrey, British Columbia. She is a founding board member of NAIITS, an Indigenous Learning Community 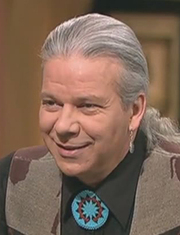 In addition to being the Executive Director of Indigenous Pathways, Terry is also Director of NAIITS: An Indigenous Learning Community (NAIITS). Terry holds an interdisciplinary PhD from Asbury Theological Seminary, specializing in Theology and Anthropology and serves as adjunct professor at Portland Seminary in Oregon, Acadia University and Divinity College in Wolfville, and Tyndale University College and Seminary in Toronto, where he is also program elder for the University B.Ed. program. Terry has accrued over 38 years of community work in global Indigenous contexts including as an educator in theology, cultural anthropology, and community development practice. Author of numerous articles, papers and assorted book chapters, Terry has won several awards for his varied writings. In June 2010, for his work on the creation of NAIITS, Terry became the 28th recipient of the Dr. E.H. Johnson Memorial Award for Innovation in Mission. In May of 2015 Terry was awarded an honorary Doctor of Divinity degree from Acadia University. Terry is Mi’kmaq / Acadian. He and his wife Bev are in their 45th year of marriage. They have three adult children—twin daughters and one son. 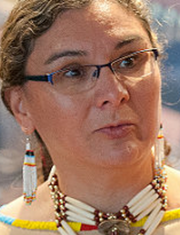 As a faculty member for the North American Institute for Indigenous Theological Studies (NAIITS), Shari is passionate about bringing health and wholeness to Aboriginal communities, and leading indigenous people to the heart of the gospel in such a way as does not sacrifice their social and cultural identity. Shari is currently a Major in the Salvation Army, where she has served since being commissioned in 1999. Shari has an MA in Christian education from Providence Seminary. She is married to Robert Russell, also a member of the Salvation Army. She is Saulteaux and is from Yellow Quill First Nation in Saskatchewan.