Finding Resonance with our World: An Interview with Niels Henrik Gregersen 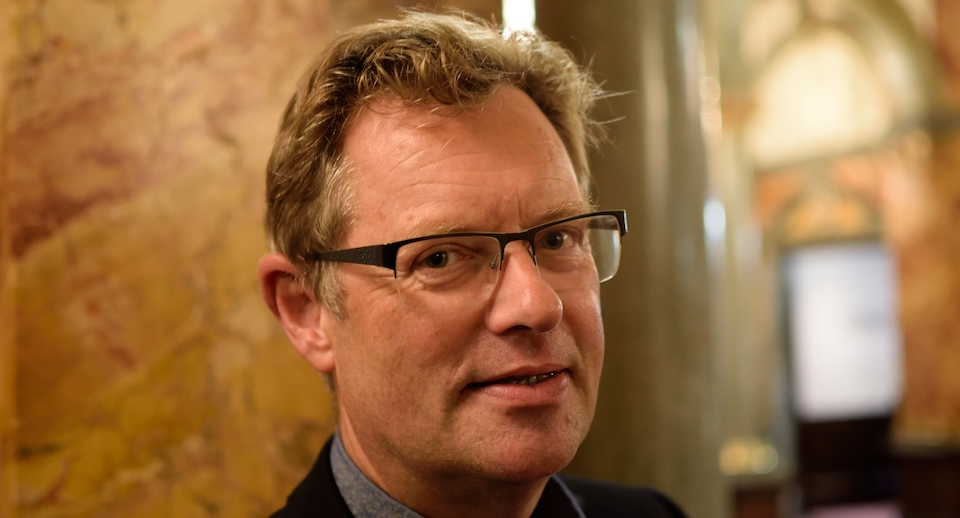 God in Christ has taken on not only a human face but has also conjoined with the life conditions of all living creatures—lilies, birds, and foxes..."all flesh."

In this interview, Dr. David Robinson speaks with Niels Henrik Gregersen, Professor of Systematic Theology at the University of Copenhagen. They discuss how scientific engagement enriches ministry, and consider the ways in which evolutionary biology, ecology, and natural disasters intersect with theology.

Dr. Gregersen will be offering a series of talks from March 29–31 as a part of Regent Interface: Engaging Science with Ministry Education.

We look forward to hosting you at Regent College in a few weeks. Let’s begin with the goal of our current project with the AAAS, which is to engage with science in ministry education. Over the past two years, we’ve heard from a wide range of scientists, including a biologist, psychologist, astrophysicist, and climate scientist. What would be helpful for ministers-in-training to know as they interact with the various sciences? And what might be the benefits of such engagement for their service to the church?

Engagement with the sciences enlarges significantly our sense of reality, including its invisible aspects. Think of the expansion of time and space. Or think of the long and intricate trajectories of evolution, as well as the ecospace that we are inhabiting. I see no barriers to faith in contemporary science, but only opportunities to expand the repertoires of wonder—all “raw material” for preaching, teaching, and consoling.

I myself was raised in the so-called “hermeneutical” tradition, carefully reading classic and contemporary Christian texts with an “existential” perspective. I still take this approach to be essential to any robust theology. It was only later that I learned the corresponding excitement of reading the “texts” of the world—also as disclosed by the sciences.

In my view, science and religion do not compete for the same explanatory territory. The early modern idea of “laws of nature,” for example, points to a contingent order created by God. The world could have been otherwise (hence “contingent”) but it is an order that gives rise to the wonders of creation. To put it bluntly: science explains the route, religion deals with the results. It is a prior conviction of faith that God is actively present in all that is, both the lawful aspects of reality and the world as developing far beyond stable orders. How do we, from a faith-informed perspective, open ourselves up to the positive experiences of resonance with our world? And how do we deal with chaos and uncertainty?

In one sense, physics takes a wider view of reality by focusing on the macro- and microworld of nature. Here, pastors should fearlessly listen to scientists, and learn. In another sense, it is religion, alongside ordinary human experience, that takes the wide-scope view of reality. A science-engaged theology is about seeing the connections between the vast, the small, and the medium-size world in which we live. Where do we fit in, and how can we develop as human creatures?

While I see no conflict between science and religion, there certainly is a conflict between religion and scientism, that is, the view that only validated scientific knowledge is true. But this can’t be true. I know that I’m writing these lines without any scientific theory thereof, and I know a bit about love and a sense of meaning that is not part of science. From a faith-based perspective, no reality is devoid of divine presence. How to spell that out in theological terms? One thing is sure: we live in a world humans cannot control, a world beyond our grasp. Just look around!

Turning to our upcoming Interface series, your first lecture engages with evolutionary biology. Some respond to the findings of evolutionary science by adopting a broad theist perspective. One contemporary theologian writes that after Darwin we may need a “deist moment” in the theology of providence. But you have chosen to work primarily in Christology, as in your landmark article “The Cross of Christ in an Evolutionary World.” What are the benefits of looking to Jesus on the question of biological agency and suffering?

Deism is the view that God stays aloof and lets things go without any engagement. Theism (in the anglophone sense of the term) is the belief that God cares for and is involved in the evolution of life. I’m an evolutionary theist who finds the framework of creation theology basic, since God is the creator and sustainer of all that is.

The benefit of a richer trinitarian way of thinking is to say more about who God is, who is creatively present in the world of creation—and for what purpose! The proposal of “deep incarnation” is that God in Christ has taken on not only a human face but has also conjoined with the life conditions of all living creatures—lilies, birds, and foxes—down to the malleable matrix of materiality: “all flesh.” The Gospel of John 1:14 says, “The Word of God became flesh, and lived amongst us.” “Flesh” here means both the concrete body of Jesus with all his agencies, and the entire world of creation, which is full of agency and frailty. In the cross of Jesus, the apex of incarnation, God even assumes the role of the co-sufferer of creation, carrying the results of human sin and creaturely limitations.

In my lecture, I enlarge the proposal of deep incarnation with a corresponding concept of “deep pneumatology.” Moreover, I relate aspects of biological agency as well as evolutionary pain to a Christian view of evolution. In so doing, I follow theoretical biologists who emphasize developmental aspects of biological agency (e.g., niche construction theory) and I discuss an interpretation of natural selection as a statistical principle rather than as a law comparable to gravity.

On the topic of Christian approaches to the environment, we’ve seen various models for action including “dominion” and “stewardship.” These have each been effective to different degrees, while they’ve also drawn criticism for their role in our present ecological predicament. As you’re going to speak about three different ecologies, what are the limits of models that place humans “over” nature? Specifically, what does the stewardship model miss when taken alone?

In order to broaden the discourse of ecotheology, I propose a typology of three ecologies. Ecology #1 is about nature as other than human culture—nature conceived of as our “environment.” This nature is more than a mere instrument for human benefits, since it harbours intrinsic values to be respected, both systemic wholes and particular co-creatures. Paradoxically, we benefit from the alienness of nature both prior to and beyond its instrumental benefits. Think of sun, moon, and sky; think of flowers, pastures, and snowflakes; or think of formations such as landscapes, oceans, and mountains. We are “mountain-taken” by them, as we say in Danish; indeed, we only flourish by letting other things flourish.

Ecology #2 concerns human stewardship for nature, including technological interventions into nature. Stewardship, or care, is in my view the principal approach but I will argue that we cannot avoid attitudes that seek to dominate nature for the sake of human survival. Think of the COVID-19 pandemic. We need to be realistic and realize that we sometimes need to protect ourselves from nature. Nature is not only a rosy affair but also sometimes tough.

Ecology #3 expresses the fundamental entanglement of human culture within the nexuses of nature, in which we are enmeshed as natural beings even as we actively shape our conditions. The vaccination program against COVID-19 is one such example, in which we train our own immune system to combat the virus from within. Following the rhythms of nature and establishing relations of resonance are positive examples of our human entanglement within the world of nature. We are natural ourselves!

Finally, I’m very glad that you’ll also be speaking on the topic of disasters. Here in British Columbia we’ve recently gone through a heat dome and severe flooding, while we continue to endure the COVID-19 pandemic. We regularly hear about how public officials and frontline workers are meeting urgent needs, repairing critical infrastructure, and protecting lives. In the midst of all such necessary action, why should people take the time for theology?

Living in times of disasters is hard, both at a personal and at a social level. In my lecture, I draw attention to social and psychological theories of resilient selves, arguing that there are actually empirical reasons for speaking about religious sources of resilience. Moreover, we need to cultivate a sense of ourselves as resonant selves. The very concept of per-sona is a “sonar” or resonant-based concept of personhood, and I find the concept of “resonance-experiences” fundamental also to religion. Here, I’m particularly inspired by the New Testament scholar Gerd Theissen, and by the German sociologist Hartmut Rosa.

Why then take time for theology? Times of crisis tell us about the untenability of what Charles Taylor calls the “buffered self”—a concept based on the individual. At the same time, times of crisis show the extent to which we belong together as communities with staying powers. Think of Ukraine. In the end, I see no secular alternatives to the theological concept of enduring communities that comprise both the living and the dead. “God” means that there are enduring communities across space and time harbored in divine life, and without the persistence of divine love there would not be a persistence of human (and nonhuman) communities.

Thank you for your thoughtful answers. We look forward to further discussions in the days ahead!

On March 29–31, 2022, Dr. Gregersen will be offering a series of three talks on science and theology:

Interface: Engaging Science in Ministry Education is made possible through the support of the American Association for the Advancement of Science (AAAS) Dialogue on Science, Ethics, and Religion (DoSER) program. Opinions expressed do not necessarily reflect the views of AAAS DoSER.