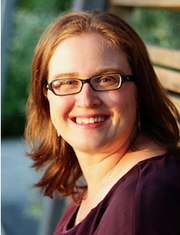 Lydia Cruttwell (Mdiv '12) is an Ontario native who came out west to study at Regent College. After graduating, she began pastoring at a local Mennonite congregation, Peace Church on 52nd. She has a deep and abiding love for reading Scripture both narratively and contextually, and for letting the Bible challenge and speak comfort into our lives. While Lydia did not grow up in the church, she is very grateful to have followed God's surprising call to ministry in an Anabaptist congregation, with its strong tradition of simple living, refugee sponsorship, and pacifism.

Watch a short video in which Lydia reflects on "How Can Christians Speak Prophetically" here. Mardi Dolfo-Smith (MCS ‘94) has been pastoring since 1998. She was involved with other Christian organizations in the Olympic-focused movement, "Buying Sex is not a Sport," promoting an anti-sex trafficking message while working towards just laws for prostituted women & children in Canada (2010–2012). Mardi has served as a Board member for Sanctuary Mental Health Ministries (2010–2012, 2015–2018) and is currently serving on the national board of the Christian and Missionary Alliance of Canada. Mardi is married to Anton and has four adult children. 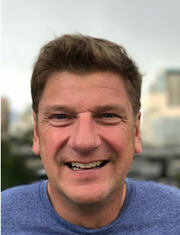 Norm Funk is the planter and founding pastor of Westside Church in Vancouver. Since its founding in 2005, Westside has had the joy of planting three other churches and a campus ministry in the Vancouver area. Norm has been married to Nicole for 24 years and they have two teenaged boys, Matthew and Micah. Norm also serves in a part-time leadership capacity with the Multiply Network, a cross-denominational ministry supporting church planters in Canada and around the globe.

Watch a short video where Norm reflects on the question "How Can Christians Speak Prophetically" here." 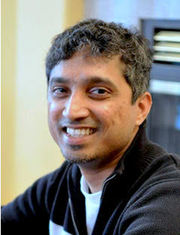 Before coming to Canada, Sandeep Jadhav (MDiv ‘10, ThM ‘14) and his wife Sunnyu worked as missionaries with YWAM, mostly in India. As a pastor and teacher, Sandeep is called to disciple and equip believers to participate in God’s mission in this world. He desires to help people navigate their sense of identity in Christ, their place in His church, and their desire to follow Him within a multicultural context. Sandeep and Sunnyu have two teenage sons, Serome and Nathan.

Watch a short video in which Sandeep reflects on "Why the Biblical Prophets Matter" here. 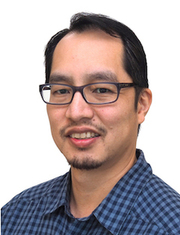 Joshua Koh (MDiv ’06, Regent College) is a Chinese American born in Penang, Malaysia, and raised in Chicago, where he completed a BA in Bible and Psychology at Wheaton College. While pursuing his MDiv at Regent Josh met his wife Jenny and decided to make Vancouver home. Josh has a passion for leading God’s people into intimate encounter through music and desires to shape their biblical and cultural worldview through teaching and worship. He is committed to exploring and learning about the intersection between race, culture, and faith.

Watch a short video in which Joshua reflects on "What Is Prophetic Ministry" here. 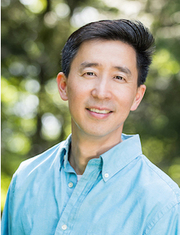 Ken Shigematsu pastors a large and diverse city-center congregation, Tenth Church. He is a recipient of the Queen Elizabeth Diamond Jubilee Medal awarded to Canadians in recognition for their outstanding contribution to the country. Before entering pastoral ministry, he worked for the Sony Corporation in Tokyo. Ken is the author of the award-winning international bestseller God in My Everything and the newly released bestseller Survival Guide for the Soul. He lives in Vancouver with his wife, Sakiko, and their son, Joey.

Watch a short video in which Ken reflects on the question "Why Do the Biblical Prophets Matter" here.