2018 Pastors and Leaders Conference Ambassadors: Christ in the Public Square 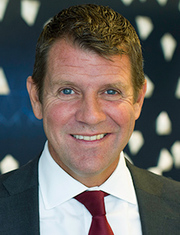 Mike entered NSW state politics in 2007. He held a number of shadow ministries before serving as Treasurer from 2011 to 2014 and then Premier from 2014 to January 2017, when he retired from politics. Mike holds a Bachelor of Arts (Economics) from the University of Sydney and has completed executive management courses at Harvard and Duke University. 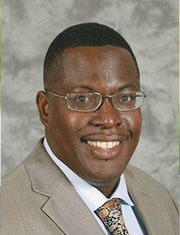 Reverend John Fils-Aime currently serves as Senior Pastor of Central Baptist Church in New York City in the heart of the Upper West Side of Manhattan. Stemming from a strong belief that Jesus created the church to impact the world with the message of the gospel, John holds a deep and abiding passion for global disciple making. He has served in churches from Miami to Vancouver strengthening believers with the good news of Jesus Christ. His conviction for ministry is that churches thrive when pastor and people work together for the glory of God and for the advancement of the Gospel. He is a first generation Haitian American who grew up in inner-city Miami. John and his wife Kristy live in Harlem with their dog, Harlem.

Jeffrey P. Greenman is President and Professor of Theology and Ethics at Regent College. Prior to assuming his present role in 2015, he served as Academic Dean and Executive Vice President at Regent. He has also taught at Wheaton College and held a number of administrative and teaching positions at Tyndale Seminary in Toronto, including Academic Dean, R.J. Bernardo Family Chair of Leadership, Director of the Tyndale Centre for Leadership Development, and Professor of Christian Ethics. Dr. Greenman is a prolific author and editor on a wide range of topics. He wrote The Pedagogy of Praise and is co-author of Understanding Jacques Ellul as well as Unwearied Praises: Exploring Christian Faith through Classic Hymns. 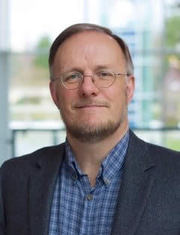 Iain Provan has been the Marshall Sheppard Professor of Biblical Studies at Regent College since 1997. He received his MA at Glasgow University in Mediaeval History and Archaeology, his BA from London Bible College in Theology, and his PhD from Cambridge. His academic teaching career took him to King’s College London, the University of Wales, and the University of Edinburgh, where he was a senior lecturer in Hebrew and Old Testament Studies. Dr. Provan has written numerous essays and articles, and several books. His recent publications include The Reformation and the Right Reading of Scripture (Baylor UP, 2017), and Seriously Dangerous Religion (Baylor UP, 2014). 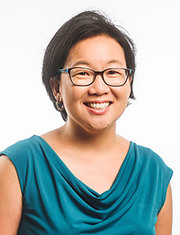 Nikki Toyama-Szeto is the Executive Director of Evangelicals for Social Action, an organization which works with Christians who are motivated to have their faith engage with some of the most pressing issues of today. Through a weekly e-magazine, and by creating innovative programs, ESA educates and empowers people to engage with justice issues on both a personal and a systemic level. She currently serves on the board of Interserve USA, Missio Alliance and Casa Chiralagua. She has written articles on gender issues and multi-ethnicity for various magazines and she serves as a “Leading Voice” for the Missio Alliance. Her work was profiled in Outreach Magazine’s Leadership Issue (Sept 2017 Cover), Christianity Today’s, “Who’s Next?” and Rejuvenate Magazine’s “40 under 40.” She is a co-author of The God of Justice: IJM Institute’s Global Church Curriculum (IVP, 2015). 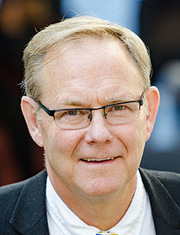 Ross Hastings, a Zimbabwean Scot, holds PhDs in organometallic chemistry (Queen’s University, Kingston) and theology (University of St Andrews, Scotland). He currently serves as Sangwoo Youtong Chee Professor of Theology at Regent. His teaching interests include Trinitarian theology, pastoral theology, theology and spirituality of mission, ethics, and the interface between science and theology. In addition to teaching theology and chemistry, he has served as a senior pastor in several churches, most recently pastoring Peace Portal Alliance Church in White Rock, BC for 11 years.