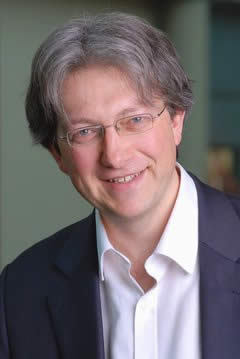 Paul brings prayerful and critical consideration, leadership expertise, and a background in economics, business, political philosophy and theology to the Church’s missional engagement with contemporary culture.

He is the visionary behind ReFrame, an innovative resource for marketplace discipleship. He has held senior leadership roles – and helped pioneer new entrepreneurial start-ups - in each of the marketplace, church and the academy. He was formerly Chief Economist and Head of International Research for DTZ plc, a London-based multinational real estate consulting and investment-banking group, and has worked as an economic policy advisor for the European Commission and numerous national and city governments.

He was Academic Dean at Regent College between 2009-2013 during which time he developed his thinking on the need for curricular and pedagogical change in theological education in order for a new generation to be effectively equipped for the missional challenges of the post-Christian culture of late modernity.

His recent book, Exiles on Mission: How Christians Can Thrive in a Post-Christian World explores the experience of living as Christians in the 21st century and provides a missional understanding of post-Christendom Christianity, alongside constructive tools to help readers understand culture and form a missional response.

He is married to Sarah and they have two daughters, Hannah and Emilia.