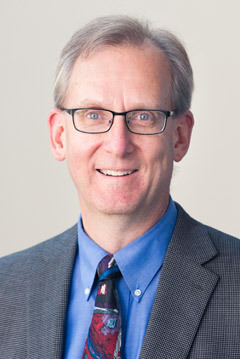 Jeffrey P. Greenman is President and Professor of Theology and Ethics at Regent College. Prior to assuming his present role in 2015, he served as Academic Dean and Executive Vice President at Regent.

Dr. Greenman is an experienced leader in evangelical theological education. Between 2005–2013, he served as Associate Dean of Biblical & Theological Studies and Professor of Christian Ethics at Wheaton College in Wheaton, Illinois. Previously, he worked for nine years at Tyndale Seminary in Toronto, where he held the R.J. Bernardo Family Chair of Leadership (2003–2005), served as Vice President & Academic Dean (1998–2003), and directed a Master of Theological Studies program (1996–1998). Before taking up these leadership roles in theological education, he worked in the US government in the areas of education and juvenile justice, as well as working in national politics and in educational consulting.

After majoring in philosophy as an undergraduate, and focusing on moral philosophy and political theory at Oxford University, Dr. Greenman studied at Regent College, where he earned the MDiv degree. Following his studies at Regent, he served as Canadian Executive Director of African Enterprise, a mission organization focused on evangelism, leadership development, and racial reconciliation in urban Africa. He earned his PhD in religious ethics at the University of Virginia. His dissertation dealt with 17th-century Anglican moral theology.

Over the years, his teaching and writing has focused on Christian ethics, the history of biblical interpretation, spiritual formation, theological education, leadership development, and global Christianity. He is a frequent speaker at churches and conferences.

Dr. Greenman is the author or editor of eleven books. He is author of The Pedagogy of Praise and co-author of Understanding Jacques Ellul as well as Unwearied Praises: Exploring Christian Faith through Classic Hymns. He also contributed The Lord’s Prayer in the Grove Books Spirituality series. He has co-edited three collections of essays on the history of the interpretation: Reading Romans through the Centuries; The Sermon on the Mount through the Centuries; and The Decalogue through the Centuries. In addition, he co-edited Global Theology in Evangelical Perspective; Life in the Spirit: Spiritual Formation in Theological Perspective; and Ancient Faith for the Church’s Future. In addition, he has authored numerous dictionary articles, essays, and book chapters on theological education, Christian ethics, and spiritual formation. His articles have appeared in academic journals ranging from the Anglican Theological Review to the Evangelical Missions Quarterly.

He is a member of the Canadian board of Langham Partnership, an organization founded by Rev. John Stott to develop Majority World leaders for the church. He formerly served on the board of Northern Seminary in Lombard, IL. He is a member of the Society of Christian Ethics and the American Academy of Religion.

He met his wife Janet, a pediatrician, while they were fellow students at Regent. Together, they have two children, Emily and Andrew.